President Obama has spoken eloquently about his vision of a world without nuclear weapons. It is a lofty goal that will not be achieved during his presidency — or for years after that. But in a very dangerous time, he is taking important steps to make the world safer and bolster this country’s credibility as it tries to constrain the nuclear ambitions of Iran, North Korea and others.

Two decades after the end of the cold war, the United States and Russia still have a combined total of more than 20,000 nuclear weapons. Mr. Obama has revived arms control negotiations, and later this week, he and President Dmitri Medvedev of Russia will sign a new agreement (the first since 2002) that will reduce the number of strategic warheads each side has deployed from 2,200 to 1,550.

On Tuesday, Mr. Obama released his Nuclear Posture Review. It does not go as far as it should, but it is an important down payment on a saner nuclear policy.

The document substantially narrows the conditions under which the United States would use nuclear weapons. The last review — done in 2002 by the George W. Bush administration — gave nuclear weapons a “critical role” in defending the country and its allies and suggested that they could be used against foes wielding chemical, biological or even conventional forces.

There is an important caveat. That assurance only goes to countries that are in compliance with the Nuclear Nonproliferation Treaty, which leaves out North Korea and Iran. It would have been better if Mr. Obama made the “sole” purpose of nuclear weapons deterring a nuclear attack. No one in their right mind can imagine the United States ever using a nuclear weapon again. America’s vast conventional military superiority is more than enough to defend against most threats.

This formulation seems mainly intended to deter hard-line critics on Capitol Hill. But any loophole undercuts Washington’s arguments that nonnuclear states have no strategic reason to develop their own arms.

Mr. Obama has wisely made the prevention of nuclear terrorism and proliferation a central strategic priority. And the administration has rightly decided to lead by example. We were especially encouraged to see the review’s statement that the country “will not develop new nuclear warheads.” There is still some wiggle room, which we hope is not exercised. New nuclear warheads are not needed.

The review commits to pursuing further arms reductions with Russia. And it says that future talks must also focus on cutting back the 15,000 warheads, in total, that the United States and Russia keep as backup — the so-called hedge — and short-range nuclear weapons.

The United States has 500 tactical nuclear weapons, which are considered secure, but Russia has 3,000 or more that are far too vulnerable to theft. Any agreement will take years to complete, and Mr. Obama and Mr. Medvedev should start talking now. The review also commits to talking to China about its arsenal.

Mr. Obama has committed to maintaining the safety and security of America’s nuclear stockpile. He has already backed that up with an extra $624 million in next year’s budget for the nuclear labs and promised — far too generously, in our view — an additional $5 billion over the next five years to build up their aging infrastructure. Mr. Obama has also promised support for more advanced conventional arms.

None of those measures are likely to quiet his critics, who already are charging that Mr. Obama is weakening America’s defenses. They will likely get even louder when it comes time to ratify the New Start treaty with Russia and the long-deferred Comprehensive Test Ban Treaty.

The stakes for this country’s security are high. And most Americans aren’t paying attention. Mr. Obama has a strong argument. He will need to push back hard.

What's the difference between Obama and Bush's nuclear policy?
How will it affect the rest of the world? 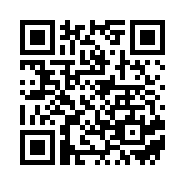